[Malorie] When I moved to California in 2013, I made a promise to myself that I would come home to Colorado and visit with my parents at least once a year. Every year we would plan to hike at least one 14er. It was my trip home in 2017, and we decided to hike the DeCaLiBro loop. This hike consisted of four different 14ers: Democrat, Cameron, Lincoln, and Bross. We rented an Airbnb in Alma, CO and decided to hike on Sunday, September 10, 2017. We got up at 4 in the morning and set out to hike around 5:30. It was cold and there were more people than we hoped. We started hiking up to the summit of Democrat and my mom and dad told me to go ahead, they were not sure if they would be able to finish the entire loop. I continued to hike until I got to the Democrat-Cameron saddle at 13,900ft and somehow got lost in the boulder field. If you have ever met me, you know I cuss like a sailor. Well, I was lost in this stupid boulder field and cussing up a storm. Then approaches this man (with really tight pants on) and he starts laughing at me. I looked at him (blown away by his beauty) and told him, “Don’t follow me, I’m f***ing lost.” He told me that I wasn’t lost, I just got off of the trail a little. We got out of the boulder field and made our way to the summit. He had this heavy backpack with all of his fancy camera gear and he asked me to take a picture of him on the summit. Charlie had made cute little signs with each 14er’s name and altitude on them. We took pictures of each other and started to head down to the next mountain. We stayed together and talked about all of the things we enjoyed. He talked about mountain biking, and I talked about road biking. We discussed which music we listened to, and walked and talked like we had been friends for years. We passed my parents near the saddle of Democrat, and they told me to keep going, so I did. Charlie and I leapfrogged up and down Cameron and continued to take pictures of each other on the summits. After descending Lincoln, we started talking about our past’s and realized we had numerous things in common. I must tell you that until we got to the summit of Bross, Charlie thought I was a lesbian. I had a Tacoma with a rooftop tent, hiked/backpacked around the US by myself, and cussed like a man. When we got to the summit of Bross, I took my hair down and removed a few of my hundred layers. It was then that he realized I wasn’t into girls. We descended Bross and were headed back to our cars when he asked me to dinner that following Tuesday. I was not expecting this at all because I smelled like a homeless person that had never had a shower and didn’t think I made that great of an impression. But of course, I said YESSSS!!! We exchanged numbers and planned to go out Tuesday night. I got in the car with my mom and dad and told them, “I think I just met my future ex-husband.”

Fast forward to Tuesday, and I was freaking out. I can’t remember the last time I went on a first date and I didn’t have anything to wear since I only brought hiking clothes. After shopping for new clothes, Charlie texted me and said he was on his way. I told him that I could just meet him if he wanted, but he insisted that he pick me up. Not only did he pick me up, but he also came inside and met my mom. This was such a big deal for me because I NEVER had a guy come to the door and walk inside before picking me up. We went to a little restaurant called McKenzie’s and when the hostess asked if we were celebrating anything, I told her that it was our 5th anniversary. Of course, I was just kidding, but my weird sense of humor made Charlie laugh. We sat down and talked about ourselves, our passions, and families. It was the best date I had been on in my entire life. After we got done eating we got in his truck and headed back to my parents house. 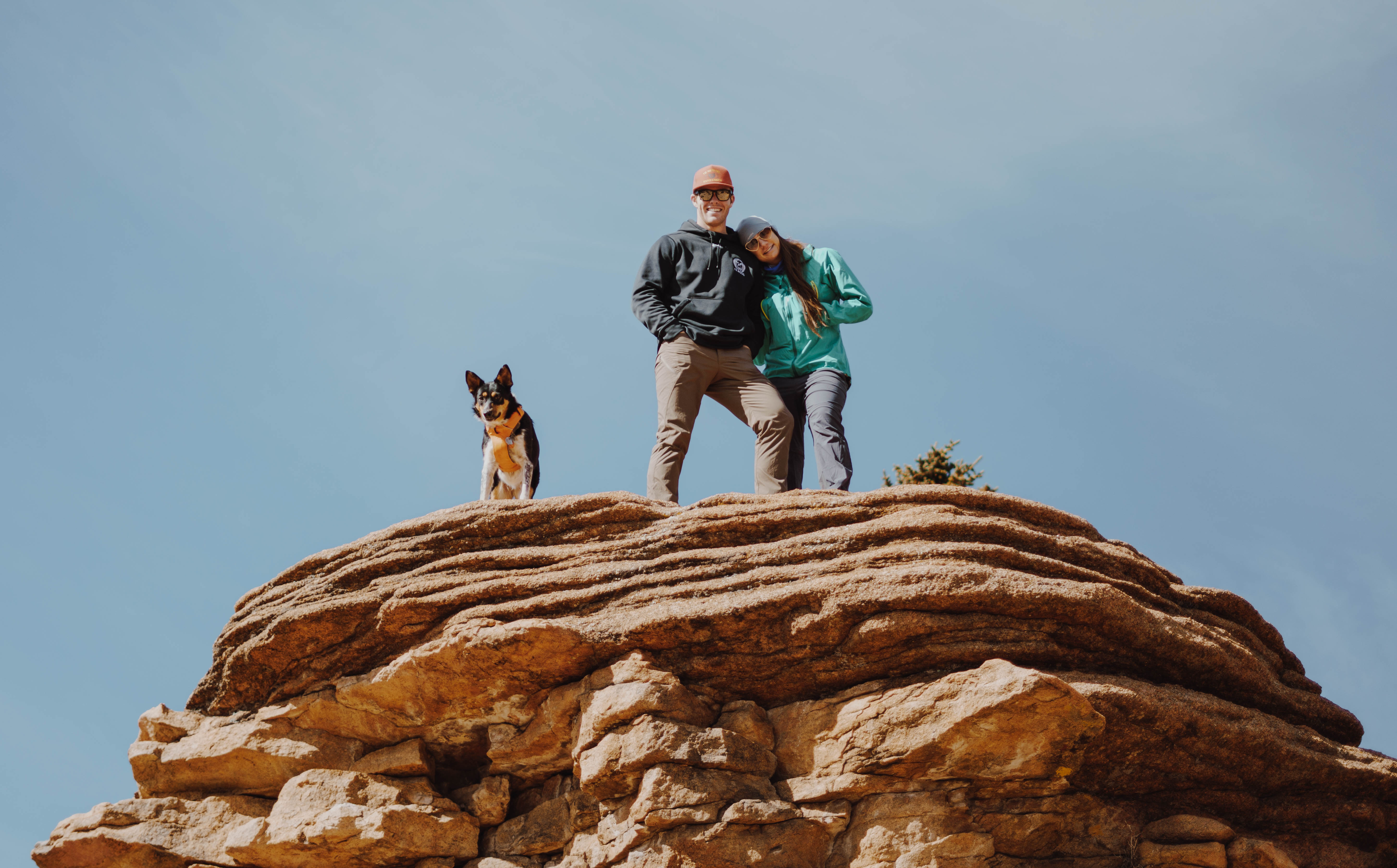 We get about 5 miles from my parents home, and he looks at me and asks if I want to go up to Gold Camp Road. {Side Note:When I was growing up in Colorado Springs, this spot was my go-to in high school. It consists of three different tunnels and legend says that the third tunnel is haunted. We would go up there and mess around when we had nothing else to do}. I told Charlie that I would love to go to Gold Camp. In fact, I didn’t want our date to end. It was incredible. I had never met someone that I could be myself with and not feel like I was being judged. So we parked the truck and decided to lay in the bed and watch the stars. It was amazing. We just laid there talking, and eventually, the moon came up. I got home the next morning before my flight back to San Francisco and told my parents, “I don’t think he’s my future ex-husband. I think he’s my future husband”.

And the rest is history. 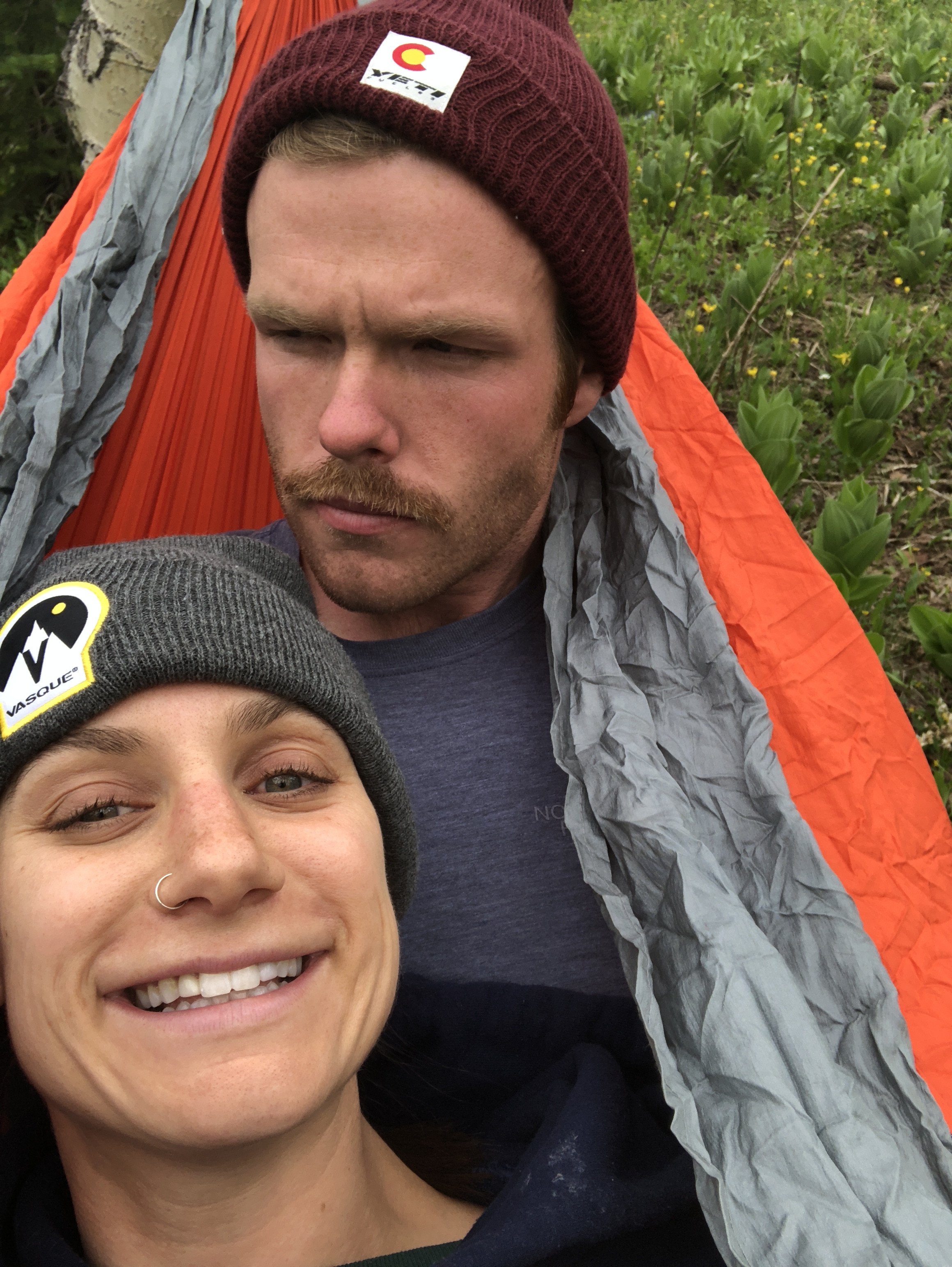 2 thoughts on “The Day We Met”